#1. What Is The Connection Between Teen Addiction And Mental Health?

According to the National Institute on Drug Abuse (NIDA), “over 60 percent of adolescents in community-based drug rehab programs also meet diagnostic criteria for another mental illness.”

Alcohol and drug addiction in teens could be a sign of an underlying mental health concern. Substance abuse itself is a behavioral health concern. Your teen might be using drugs or alcohol to cope with stress, anxiety, depression, or trauma.

In addition, drug and alcohol addiction in teens could create mental health problems in teens. They might develop a substance use disorder during the teenage years or later in life. Teens who abuse substances are likely to continue this behavior into adulthood.

Addiction treatment and other early interventions can keep teens and young people safe from developing substance abuse and mental health problems throughout their lives. 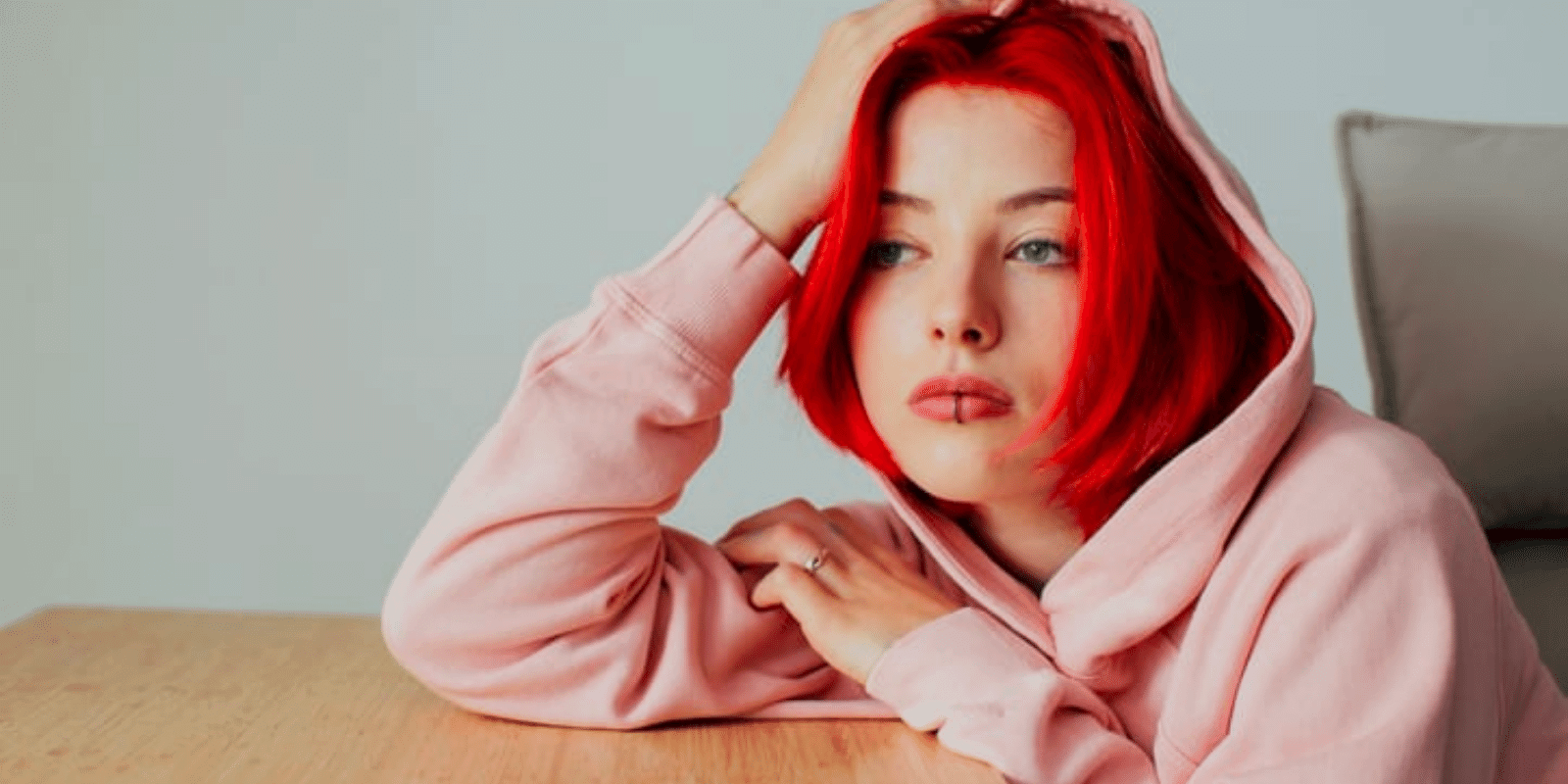 #2. Why Do Teenagers Drink Alcohol Or Use Drugs?

Some of the most common reasons for underage drinking and teen drug use include:

According to Get Smart About Drugs from the Drug Enforcement Agency (DEA), the teenage years are “a time to explore and learn more about themselves . . . this involves experimenting and testing their boundaries. [Doing] something new or risky is a normal part of teen development.”

When teens experiment with drugs or alcohol, they are expressing their need to push the boundaries and try new things. The adolescent brain is not wired to consider future consequences, and teens are prone to impulsive behaviors like alcohol and drug use.

However, teens might not understand the dangers of substance use or the difference between use and abuse.

The adolescent brain is more “in the moment,” and teens will do what feels good right now without considering long-term problems. Substance abuse is a shortcut to fulfilling immediate needs, which might lead to social, legal, financial, and health problems. #3. What Are The Causes Of Teen Substance Abuse?

While not all substance use is considered abuse, teens might be more vulnerable to substance abuse than adults.

From Youth.gov, substance abuse is defined as “the harmful pattern of using substances—such as tobacco, alcohol, illicit drugs, and prescription drugs” leading to issues in one or more of the following areas:

When teens abuse substances, they struggle to stop using substances even with these disruptions in their lives. They might lose friends, relationships, fail classes, drop out of activities, or isolate from family due to substance use.

However, not all substance use fits the criteria for abuse. For example, as parents and adults, you might use substances like alcohol or tobacco in moderation. You might have prescription drugs that you use without misusing or abusing them.

However, the teenage brain is not developed enough to handle the floods of chemicals introduced by drugs and alcohol.

The teenage years are full of changes for your kids. They deal with hormones, bodily changes, making decisions about the future, starting relationships, and dealing with other stressors. They are also learning how to manage and cope with stress.

When they start using alcohol or substances, they might use them in excess to cope with the significant changes in their lives. While adults might be able to handle moderate or controlled substance use, kids will struggle to manage their use responsibly.

Teens are susceptible to abusing drugs or alcohol because: #4. How Common Is Substance Use Among Teens?

When considering the use of any substances, including alcohol and tobacco, substance use among teens is relatively common.

According to the Centers for Disease Control and Prevention (CDC), “Alcohol is the most commonly used substance among young people in the U.S.”

The CDC explains further that, “The 2019 Youth Risk Behavior Survey found that among high school students, during the past 30 days:

According to Alcohol Research: Current Reviews, “Binge drinking . . . typically begins in adolescence. Adolescents, although they may drink less often, tend to consume higher quantities of alcohol per occasion compared with adults.”

While teens might drink less frequently than adults, they usually drink in greater amounts when they do have the opportunity to drink. Binge drinking can lead to poor decision-making in the moment and impulsive or risky behaviors.

While drinking alcohol is common among teens, many young people use other substances as well.

While many consider vaping to be safe, vaping can be a gateway to other substances.

According to the Partnership to End Addiction, “E-cigarettes may increase the risk of addiction to cocaine and other drugs.” Teens who vape are more likely to progress to marijuana, cocaine, and other drugs.

In addition, Youth.gov states that “Neurological research suggests that nicotine can cause structural and chemical changes in teenage brains, increasing the risk of alcohol, marijuana, and opioid use.”

While alcohol and tobacco use is legal for those of age, these substances can lead teens to use illicit drugs.

The above article from Youth.gov also states that “[s]tudies have found a connection between youth who use alcohol and tobacco, and those who use illicit drugs.” Substance use of any kind can lead to teen addiction and drug abuse.

Data and research from these studies show that:

If your child uses tobacco products or alcohol, they might be more likely to abuse illicit drugs, which could lead to developing a substance use disorder when they grow up.

Marijuana use is also one of the most common forms of substance use among teens.

According to the CDC, “About half of 9th through 12th grade students reported ever having used marijuana.” Marijuana use among teens can affect brain development, causing impairments in decision-making and planning.

While not as common as alcohol, tobacco, and marijuana, teens are also at risk of abusing prescription drugs.

Additionally, the CDC reports that “[a]mong 12th graders, close to 2 in 10 reported using prescription medicine without a prescription.”

Teens are more likely to use drugs that are easily accessible. While alcohol, tobacco, and marijuana might be legal for adults, the use of these substances can negatively affect a teen’s brain development. #5. How Does Teen Drug Abuse Affect The Teenage Brain?

Teen drug abuse can negatively affect the teenage brain as a teen grows into adulthood.

According to the National Institute on Drug Abuse (NIDA), “there are at least two ways drugs work in the brain:

For teens with a developing brain, these two effects can be more impactful than in adults. When the brain’s chemical messengers and reward circuit are “hijacked” by drugs and alcohol, the brain and body get confusing messages.

For example, some drugs, like marijuana and heroin, activate nerve cells because they mimic natural neurotransmitters in the brain. Drugs like cocaine and other stimulants cause the brain to release neurotransmitters or creates a flood of them.

When drugs interfere with the natural cycle of neurotransmitters, teens associate using drugs with feeling good, escaping from pain (physical and emotional), or getting “high.”

The feelings associated with using drugs are not bad in and of themselves. However, using drugs to get these feelings can cause issues for a teen’s brain development.

Teens might not learn how to feel good about themselves without using drugs to hijack this system. The development of the brain becomes stunted, as teens aren’t learning healthy habits to get the same good feelings.

The teen brain will feel the effects of drugs and alcohol with more sensitivity than the adult brain. Your kids can be more vulnerable to abusing drugs, even if they begin using drugs or alcohol in moderation. #6. Is It Bad To Let My Teenager Drink Alcohol?

Drinking alcohol as a teenager can be bad for their physical and mental health.

As a parent, you might allow your teen to drink under your supervision. For example, you might let your teen have a glass of wine or other alcoholic beverage during holidays or celebrations.

While many parents see this as being okay, you might want to reconsider. Even if your child is under your supervision while drinking, they might get the idea that drinking is okay for them. Teens might think you are permitting them to drink in other scenarios.

According to the National Institute on Alcohol Abuse and Alcoholism (NIAAA), “Study after study shows that even during the teen years, parents have enormous influence on their children’s behavior.”

In addition, “parents’ disapproval of youthful alcohol use is the key reason children choose not to drink.” Your teens will listen to you and pick up on your attitudes about alcohol use. Your influence will help them make better decisions when you aren’t around.

You cannot be with your teens 24/7 and supervise them when they cave to peer pressure to drink alcohol.

Even if your teen drinks responsibly in your company, they might assume they can handle alcohol without your supervision or the limits you set for them. This false sense of confidence about drinking alcohol can lead to binge drinking behaviors when you aren’t around. #7. Why Are Teens Addicted To Their Phones And Social Media?

Unfortunately, like drugs or alcohol, social media supplies only a quick fix. Posting on social media requires minimal effort, yet teens might worry about who likes their photos and posts. They might also preoccupy themselves with how quickly people respond to posts.

The alerts on phones also signal getting a “like” or attention from either a social media app, email, or text message. All of these notifications can reinforce the need to constantly look at the phone for a “fix” from knowing others are paying attention to you.

Teens will need to develop healthy relationships with technology throughout their lives.

Social media platforms, cell phones, computers, and other devices are going to be a part of your child’s future. These tools can help connect people and pass along information.

Teens are more likely to consider their relationship with social media and phones if parents set a good example. You can also set up specific rules and expectations for your family to keep your kids from getting addicted to their electronic devices.

You can try some of the following rules to help your kids learn to use technology in a healthy way: #8. How Can I Identify Teen Drug Use?

You can identify teen drug use by looking for some of the following warning signs:

You might overlook signs of drug abuse in your teen, thinking these behaviors are due to teenage hormones or puberty.

However, when you notice unhealthy changes in your teen’s social life, mental health and physical health, and other concerns, they might be abusing drugs or alcohol. When your child doesn’t seem like the same person, it is best to look for additional signs of drug abuse.

Ask your teen in a straightforward manner if they use drugs or alcohol when you suspect an issue. By getting your child into alcohol or substance abuse treatment early, you can prevent them from developing addiction and mental health issues as they grow into young adults.

If you suspect that your child is abusing drugs or alcohol, many substance abuse treatment options are available to help. Treatment centers can help your child from detox to long-term drug and alcohol recovery.

Teenagers are vulnerable to addiction when they misuse or abuse alcohol, tobacco, marijuana, prescription drugs, and other substances. Sandstone Care is here to support teens and young adults with substance use disorders. Call (888) 850-1890.