What Contributes To Higher Rates Of Substance Use In LGBTQ+ Teens And Young Adults? As a sexual minority, LGBTQ youth face an increased risk of rejection by families, peers, and society at large. A lack of acceptance contributes to higher rates of substance abuse.

Not feeling safe, secure, or a sense of belonging puts anyone at an increased risk of mental health disorders, regardless of sexual orientation or gender identity. Many turn to alcohol or drug use to self-medicate to cope with depression, anxiety, and low self-esteem.

LGBTQ+ youth are more likely to feel that they do not belong in their own homes, communities, or schools than other young adults. These feelings can lead to thoughts of suicide, drug use, and mental health issues.

Without getting the help they need, LGBTQ youth are more likely to have untreated mental health issues, leading to an increased risk of suicidality. Without support for substance abuse, LGBTQ youth are at a higher risk of dying by drug or alcohol use.

If your child identifies with the LGBTQ+ community, you can minimize their risk of substance abuse by considering their mental health and well-being. Acceptance and safety at home can benefit your child’s mental health, whether they are LGBTQ+ or otherwise.

Rejection by family members can lead to LGBTQ youth running away from home, leaving them at an increased risk of violence, substance abuse, sexual assault, homelessness, suicidal behaviors, and other dangers.

Being a member of a sexual minority can be challenging for your child. They might be at greater risk of developing serious mental health issues that other kids might not face. Mental health issues play a role in substance abuse and addiction.

Due to the challenges of LGBTQ people, the US Department of Health and Human Services has created the goal to “improve the health, safety, and well-being of lesbian, gay, bisexual, and transgender people.” What Role Does Mental Health Play In Substance Abuse And Addiction For LGBTQ+ Teens And Young Adults?

Mental health issues can increase the chances of substance abuse and addiction for LGBTQ+ teens and young adults.

Substance abuse and addiction are often caused by underlying mental health issues. LGBTQ+ teens and young adults have an increased risk of experiencing mental illness than other young adults.

According to NIDA, “compared with the general population, people addicted to drugs are roughly twice as likely to suffer from mood and anxiety disorders, with the reverse also true.”

Due to the increased risk of mental health issues among LGBTQ people, mental health plays a significant role in developing a co-occurring substance use disorder.

Trauma disorders can be higher among LGBTQ youth due to exposure to violence, harassment, and discrimination.

When young people do not feel safe within their own homes or communities, they are more likely to feel traumatized. Victimization of LGBTQ people can be in the form of verbal or physical abuse and other forms of exclusion or discrimination.

Trauma can lead to mental health issues like depression and anxiety. These issues then lead to substance abuse as a way of coping with an underlying disorder.

Another issue facing the LGBTQ+ community is lower overall health and well-being than among non-LGBTQ people.

Members of the LGBTQ+ community have historically faced discrimination when seeking health care services. This discrimination impacts their physical, social, and mental health.

Findings from healthypeople.gov suggest that discrimination of the LGBTQ+ community in health care and human services creates issues like these, among others:

Mental, physical, and social well-being are all connected. When a social health issue, like discrimination, leads to issues accessing health care services, then the person’s physical health is at a greater risk of being compromised.

In addition, according to the Substance Abuse and Mental Health Services Administration (SAMHSA), “youth who identify as lesbian, gay, bi-sexual, transgender, or queer or questioning (LGBTQ) disproportionately experience homelessness.”

Homelessness leads to physical and mental health issues as well. Homeless individuals are more likely to experience traumatic events than others.

Illicit drugs and opioid addiction are prevalent among homeless individuals, as they lack the resources to get help and recovery. Since LGBTQ+ youth are at an increased risk of homelessness, they are more likely to succumb to public health issues like the opioid crisis. Are There Any Unique Considerations To Be Aware Of When Helping Transgender Youth With A Substance Use Disorder?

Parents and schools can be aware of social stigma when helping transgender youth with a substance use disorder.

Unlike gay, lesbian, or bisexual youth, transgender youth face discrimination not only based on sexual orientation but also on gender identity. Gender identity can be a barrier to treatment when many treatment programs are oriented toward serving males or females only.

For example, many treatment programs are gender-specific, meaning that transgender youth might feel they do not belong. Some treatment centers do not offer accommodations for transgender individuals.

Treatment programs should be aware of how gender-specific groups or male/female-only residential facilities can cause transgender youth to feel alienated from substance abuse treatment.

When treatment programs are not accepting of transgender youth, they might think that they do not deserve treatment or help with their mental health and substance abuse issues.

Transgender people might feel like they do not belong in a treatment program. Sometimes, these issues might not be intentional. However, treatment programs can accommodate those in the LGBTQ+ community needing services.

When helping transgender youth with substance use disorder, consider some of the following:

No one can heal safely from mental health or substance abuse in an environment where they do not feel safe or accepted. 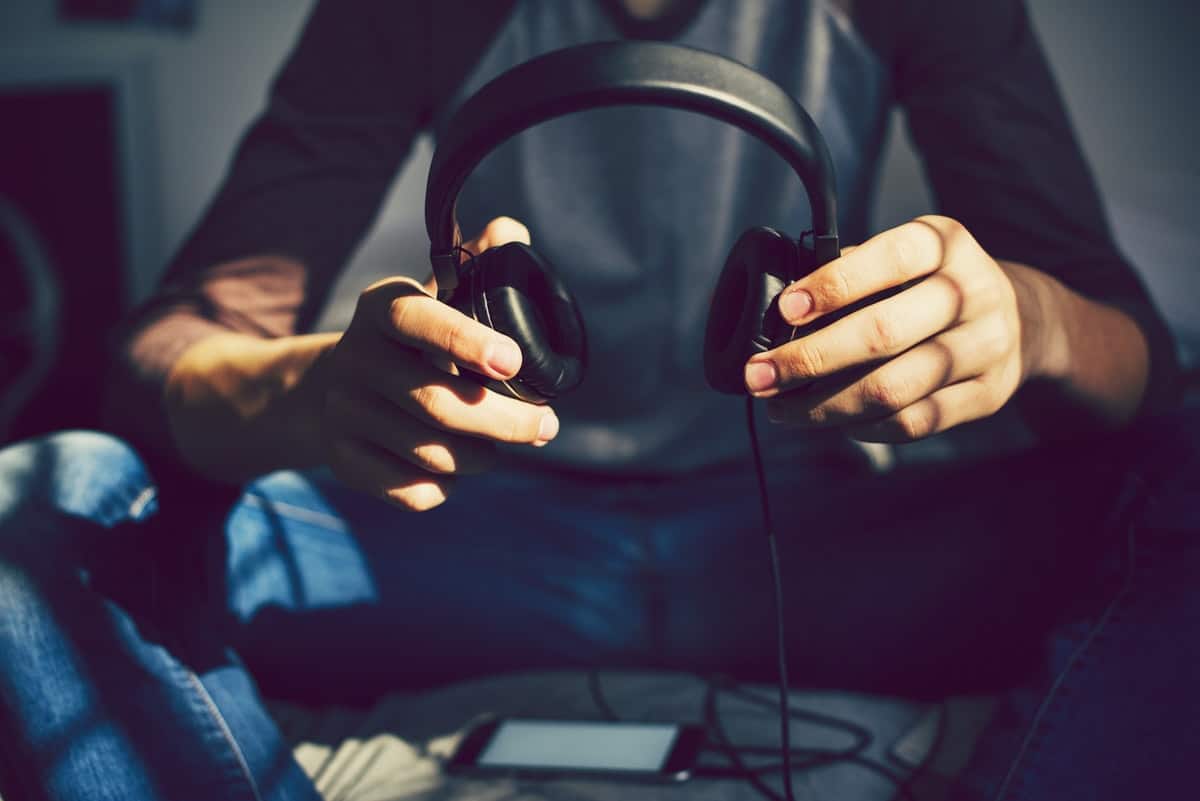 Family members of LGBTQ youth might have a difficult time understanding their loved one’s gender identity. Parents might think that this is just “a phase” or something their child will grow out of.

If you have a child in the LGBTQ community, remember that safety at home helps you feel safe in the community and the world. When kids are accepted and loved no matter what in their homes, they are more likely to feel like they belong in the world and have a place in it.

Family members and parents can best support LGBTQ youth by:

If your loved one identifies as an LGBTQ person, they are most likely facing discrimination, harassment, and other issues outside the home. You can best support LGBTQ+ youth by advocating for them and providing a safe space at home for them. What Are The Top Concerns To Consider When Parenting LGBTQ+ Youth?

The top concerns for parents of LGBTQ youth are creating a safe space at home, having open and honest communication, and acceptance.

Parents of LGBTQ youth might have many concerns regarding their child’s safety outside of the home. You might worry that your child will not be accepted by others or that they will struggle throughout high school.

You might also be concerned about the statistics regarding mental health issues, suicidality, and substance abuse among the LGBTQ+ community. What can you do to protect your child when the world might not accept their sexual orientation or gender identity?

Parents of all youth have many concerns in today’s world. Teens and young adults face enormous pressures to fit in. They might face stressors like high school shootings and social media concerns that you never felt in your youth.

All kids need to feel safe, secure, loved, and accepted to grow into healthy adults.

The prevalence of mental health and substance abuse among LGBTQ+ youth is much higher than among other young adults. These concerns and risk factors can put you on high alert as a parent.

Parents might also be concerned about the community and school environment. You might wonder if you should tell your child’s friends that your child is transgender and was born of another gender. 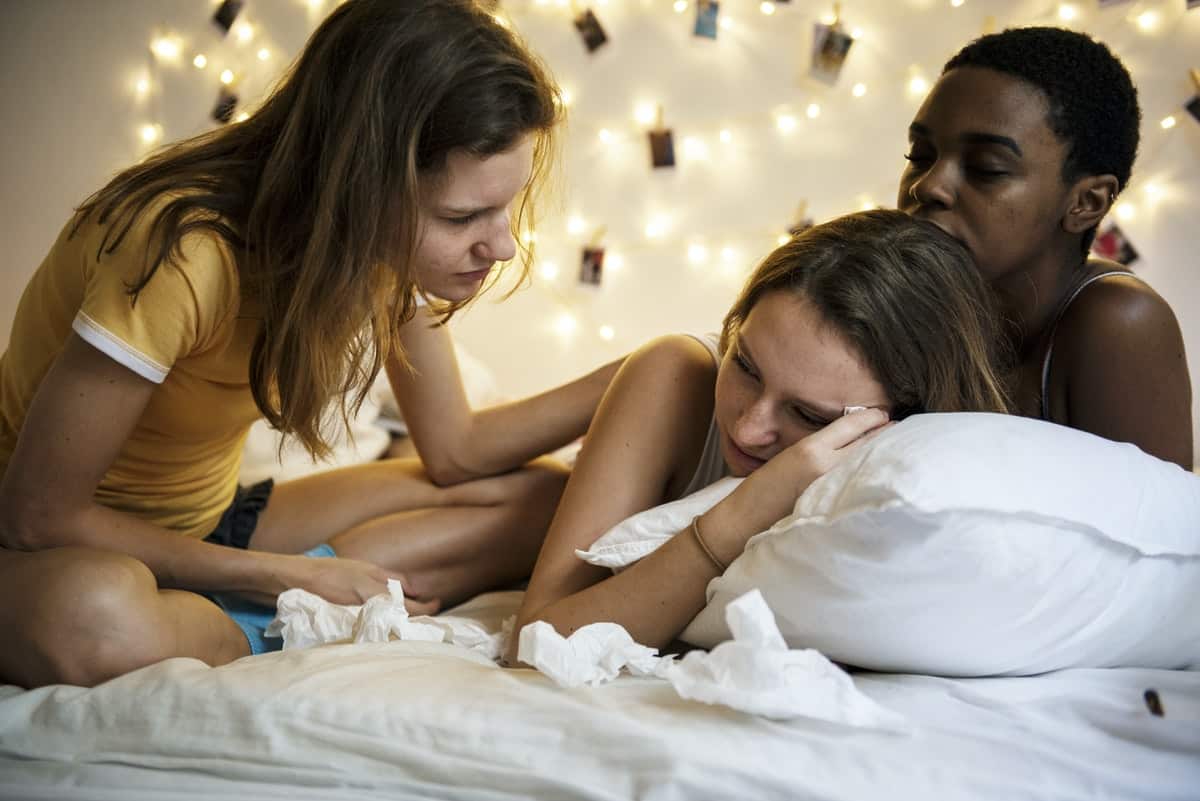 You might wonder if their school protects your child from bullying, harassment, and homophobia.

Parents of LGBTQ+ youth might also be concerned over their child’s lifelong health and well-being. You might worry that your child will face discrimination throughout their entire lives, potentially limiting their prospects for the future.

All of these concerns are valid. As parents, you want to protect your child from the dangers of the world. When your child is LGBTQ+, you realize that they are especially vulnerable to dangers as they grow up.

One of the best things you can do is unconditionally accept your child, no matter what their gender identity or sexual orientation is.

Children learn how to feel comfortable and safe in their home environments. They learn what to look for in relationships by the love they feel at home. Children gain confidence first by being accepted and loved at home.

When you show your child unconditional love and acceptance, you teach them what kind of people to look out for in the world. They will look for others who are loving and accepting of who they are.

If LGBTQ+ youth are not accepted at home, they are more vulnerable to victimization by others outside the home. They might not know want kind of people to avoid or who to seek out if they never felt accepted by their family members.

Let your child educate you about their experience as a person in the LGBTQ+ community.

As a parent, you might feel that you need to understand your child first before accepting them. However, understanding often follows acceptance. Accept first and then let your child guide you through the process of understanding. 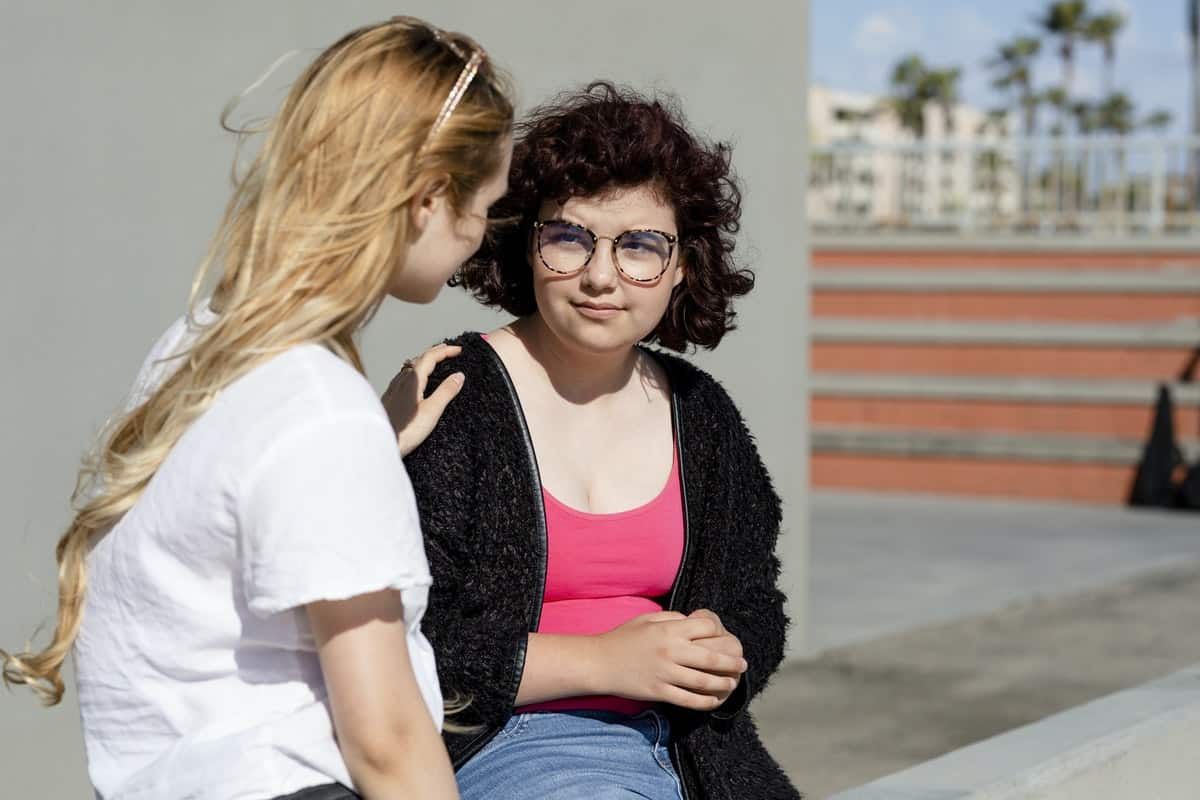 How Can Educators Support LGBTQ+ Teens During High School?

According to the Centers for Disease Control (CDC), LGBTQ+ youth “are more likely than non-LGBTQ youth to experience violence at school and have lower levels of school connectedness.” The CDC offers resources for professional development to support LGBTQ+ teens.

As an educator, you play an important role in accepting all of your students, regardless of gender identity or sexual orientation.

According to youth.gov, LGBTQ youth experiencing victimization during high school are at an increased risk of:

Caring and accepting teachers and support staff can lessen the negative impact of these issues for LGBTQ youth.

As an educator, you might also be a child’s advocate and voice if they face discrimination in their homes due to their sexual orientation and gender identity. You might be a valuable role model for LGBTQ+ that they might not have among their own family members. How Does The Suicide Rate Compare For LGBTQ+ Youth To Other Populations?

The Trevor Project National Survey on LGBTQ Youth Mental Health in 2019 revealed that “39% of LGBTQ youth seriously considered attempting suicide in the past twelve months.”

All of the other issues that LGBTQ+ youth experience contribute to high suicide rates. Lack of acceptance at home can lead to high-risk behaviors, like alcohol use or illicit drugs to cope with underlying mental health issues.

Suicide prevention is critical among the LGBTQ+ community. Increased awareness of the needs of the LGBTQ+ in substance use and mental health services can minimize suicide and other high-risk behaviors.

All young adults and teens face obstacles as they grow into adults. They are discovering their identity and asserting their individuality. LGBTQ youth are at an increased risk of social rejection due to their sexual orientation and gender identity.

You can help your LGBTQ child by loving and accepting them for who they are and getting them into treatment at an accepting facility if they develop mental health issues or substance abuse problems.

LGBTQ teens and young adults are at an increased risk for alcohol and drug use than their non-LGBTQ+ peers. Sandstone Care is here to support all young adults and teens dealing with co-occurring mental health and substance use disorders. Call us today at (888) 850-1890.