← Back to Blog
Alcohol 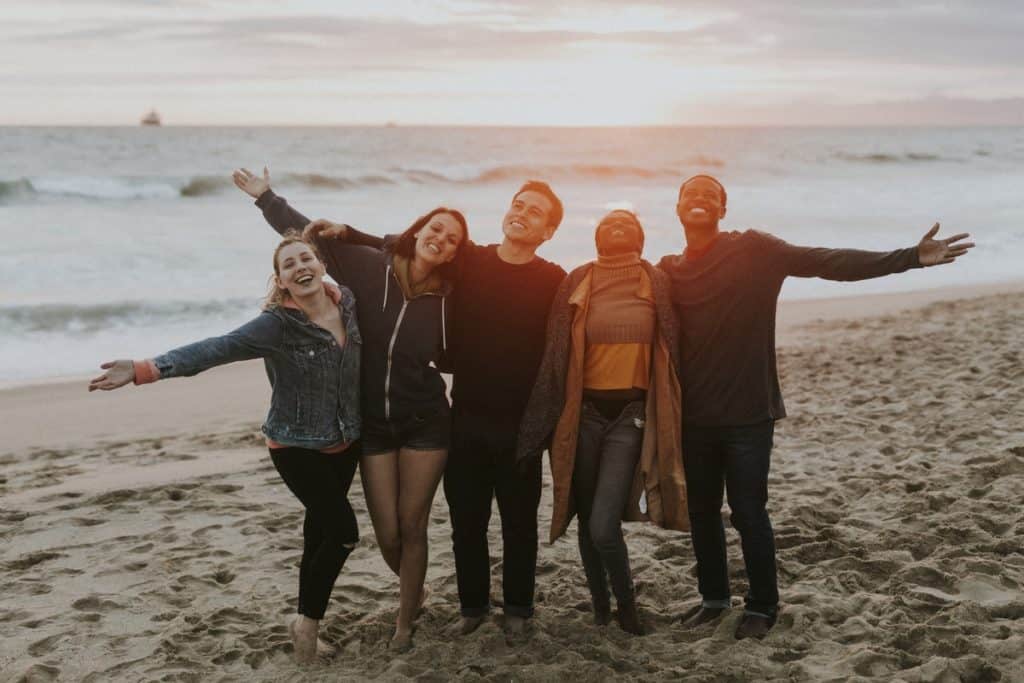 How Does Drinking Affect Young Adults?

Drinking alcohol can negatively affect the physical and mental health of young adults.

Alcohol consumption can lead to both short-term and long-term problems for young people. Some young adults can develop mental health issues, like alcohol or substance use disorder, and heavy drinking habits can cause significant health problems later in life.

Young people who drink alcohol might be more susceptible to addiction than older adults. Teens and young adults have more intense emotions and are more sensitive to the effects of alcohol. Young people are more prone to risk-taking, which includes substance use.

Brain development does not end until young adulthood, by around age 25. Impulse control, planning, and decision-making are some of the last areas of the brain to develop. Young people, especially teens, will struggle to understand the long-term consequences of drinking.

National surveys and research shows that drinking alcohol is common among all adults in the United States.

The National Institute on Alcohol Abuse and Alcoholism (NIAAA) cites data from the 2019 National Survey on Drug Use and Health (NSDUH), stating that “85.6 percent of people ages 18 and older reported that they drank alcohol at some point in their lifetime.”

Despite the health risks and other alcohol-related problems, the use of alcohol is socially acceptable in the U.S. However, young people might think that drinking alcohol is safe and normal. Young adults can fail to see an issue with their drinking habits.

Alcohol can be just as dangerous as illegal drugs when misused or abused.

Young adults are at a high risk of misusing or abusing alcohol. Alcohol misuse can set up drinking patterns that lead to alcohol abuse or addiction. It is best to understand when alcohol is being misused before addiction occurs.

What Is The Difference Between Binge Drinking And Heavy Drinking?

While binge drinking and heavy drinking can lead to alcohol use disorder, these drinking behaviors have a few differences.

Both drinking behaviors can be a sign of excessive drinking and misuse. While not all alcohol misuse becomes abuse or addiction, misusing alcohol can lead to health problems, legal issues, declining performance at work or school, and relationship struggles.

According to the National Institute of Alcohol Abuse and Alcoholism (NIAAA), binge drinking is “a pattern of drinking alcohol that brings blood alcohol concentration (BAC) to 0.08 percent . . . or higher.”

Since young people might have limited access to alcohol if they are underage, they are more likely to binge drink than drink heavily throughout the week. However, binge drinking over weekends or occasionally could lead to addiction and drinking more frequently.

For adolescents, heavy drinking and binge drinking behaviors usually involve less alcohol than young adults. Due to body size and other factors, young kids and teens feel the effects of alcohol more than adults.

Why Do Young Adults Drink So Much Alcohol?

There are many reasons that young adults engage in heavy drinking and binge drinking, including:

Sometimes, drinking behaviors do not lead to addiction or alcohol use disorders. However, the risk of developing a drinking problem later in life increases when you start drinking at an early age.

According to the NIAAA, “among people ages 26 and older, those who began drinking before age 15 were more than 5 times as likely to report having [alcohol use disorder] AUD in the past year as those who waited until age 21 or later to begin drinking.”

Teens and young adults tend to drink less frequently than older adults; however, they consume more per sitting. Alcohol consumption among young people can affect brain development and decision-making.

With less impulse control and poorer decision-making skills than adults, young people don’t know when to stop. They also might not have the self-esteem or skills to avoid the negative influence of peers pressure.

Why Should Young Adults Not Drink Alcohol?

Young adults should not drink alcohol to prevent physical and mental health problems, including alcohol use disorders.

Brain development continues into young adulthood. Teens and young adults don’t have the skills or the brain functioning to make the best choices. They might struggle with emotional regulation and impulse control. Alcohol impairs these areas of the brain even further.

Alcohol dependence can lead to addiction and other mental health problems. Dependence means that you cannot function normally without alcohol in your system. You might struggle with withdrawal symptoms or cravings when you aren’t drinking alcohol.

Alcohol and substance use can “hijack” the brain’s chemical reward system, leading to alcohol abuse and addiction.

Your brain’s reward system helps you learn new skills by releasing “feel good” chemicals to reinforce certain behaviors. Drinking alcohol hijacks this reward system as a shortcut to these chemicals.

Young adults are still learning valuable life skills and coping mechanisms. They might be dealing with stressors for the first time. When you drink as a teen or young adult, you might misuse alcohol as a way to feel good when stressed or upset.

You don’t learn healthy ways to deal with life’s stressors when you abuse alcohol to cope with your problems.

Drinking alcohol not only hijacks the reward system but prevents you from developing the healthy skills you’ll need to cope with life. You are more susceptible to developing a mental health disorder like depression or anxiety when you don’t have healthy coping skills.

Alcohol misuse can lead to a cycle of alcohol abuse, as alcohol becomes the cause of and solution to many issues in your life.

Due to the fragile stages of brain development in young people, it is best to avoid alcohol use at a young age. However, young people still use alcohol, leading to a public health and social problem with drinking.

What Percent Of Young Adults Use Alcohol?

Young adults also account for the highest group of binge drinking behaviors, with 31.4% of all surveyed (or 10.5 million people). Over half of young adults who do drink alcohol misuse or abuse alcohol when they drink.

College students drink more than young adults not enrolled in college, according to a fact sheet published by the NIAAA with data from 2019:

College students in fraternities, sororities, or athletic teams are at an even greater risk of problematic drinking habits due to peer pressure and initiation rituals among these groups.

Other reasons for problematic drinking among college students include:

While college students are at a slightly greater risk of alcohol use, all young adults are at a higher risk of problematic drinking than most other age groups, regardless of college status. More than half of those 18 to 22 who drink are not drinking responsibly.

What Are The Symptoms Of Alcohol Poisoning?

As you consume more alcoholic drinks, your blood alcohol concentration (BAC) increases if you don’t allow each drink to metabolize or take your time drinking. Since alcohol impairs decision-making and impulse control, one drink can easily lead to another.

Not everyone can drink the same amount. Heavy drinkers usually have a higher tolerance for the effects of alcohol than others. Young people are at a higher risk of overdose during a binge-drinking episode because they might not feel the effects immediately.

Combining alcohol with other depressants, like anti-anxiety, sleeping, or pain relief medications, increases the risk of alcohol poisoning. These medications usually contain benzodiazepines and opioids, which intensify the effects of alcohol.

According to the NIAAA, symptoms of alcohol poisoning and overdose include:

If you see these symptoms, it is critical to get medical help immediately. Alcohol poisoning can be fatal or cause permanent brain damage when ignored.

Does Underage Drinking Lead To Alcohol Use Disorder?

Underage drinking could lead to developing alcohol use disorder or other addictions.

Adolescence and high school can be challenging for young people. They are going through many changes that could lead to enormous amounts of stress. When kids experiment with alcohol, they might lean on drinking to cope with these issues.

The Centers for Disease Control and Prevention (CDC) states that “[u]nderage drinking is a significant public health problem in the United States,” and excessive drinking is the cause of death for over 3500 people under age 21 each year.

The CDC also states that “[e]arly initiation of drinking is associated with the development of an alcohol use disorder later in life.” Drinking as a teen or earlier correlates to developing mental health and substance use disorders later in life.

What Are The Risk Factors For Alcohol Abuse?

Not everyone who drinks alcohol will develop an alcohol use disorder, and some risk factors make some young adults more vulnerable than others.

Some young adults and teens are at a higher risk of developing issues with alcohol. Addiction does not affect everyone equally. While some people might be able to quit easily, others can continue to struggle and require treatment to prevent relapses.

Risk factors for alcohol abuse in young people include:

When teens and young adults with these risk factors experiment with alcohol, they are vulnerable to relying on drinking as a “crutch” to cope with stressors and regulate their emotions.

Does My Loved One Have A Drinking Problem?

Understanding the signs and symptoms of alcohol abuse can help you determine if you or your loved one has a drinking problem.

If your loved one is at a high risk of developing an alcohol use disorder, it is crucial to watch their behaviors closely to catch signs of alcohol abuse early. When you identify some of these signs early, you can intervene before things get worse.

Generally, the difference between alcohol misuse and abuse is intention. While misuse and excessive drinking can place you at a higher risk of alcohol abuse or addiction, it is essential to consider why someone drinks as well as how frequently and how much.

You might have an alcohol addiction if you continue to drink despite any problems that your behaviors cause while under the influence. When you can’t have fun, relax, deal with stress, or feel like yourself without alcohol, you could be developing an alcohol use disorder.

How Can I Socialize Safely Without Alcohol?

By planning ahead of time, you can socialize safely without drinking alcohol.

Young adults can struggle to know how to socialize without alcohol. Drinking is often a part of “fitting in,” especially during college. However, you don’t need to drink alcohol to fit in with your peers.

Tips for socializing without alcohol:

As a young adult, you might struggle to avoid situations where others drink. If you keep these tips in mind, you can continue socializing and making friends without drinking alcohol.

Alcohol abuse and problem drinking are high among young adults compared to other age groups. Sandstone Care is here to support teens and young adults with substance use and mental health disorders. Call (855) 958-5511.