If you’re a young adult, it’s likely that you have a somewhat stressful life. Young adulthood is a time of major transitions – you’re likely finding yourself making big changes like finishing college, starting a career, moving out on your own or finding a partner.

With all the pressures of this stage of life, it’s understandable that you might be using marijuana to try to relax. But marijuana use can bring its own set of problems. In fact, the National Institute on Drug Abuse (NIDA) has found that 30 percent of people who use weed regularly have marijuana use disorder. This disorder can involve problems like anxiety, depression and addiction. Studies have also found that marijuana use is connected with physical problems, mental problems and decreased performance at school and at work. If you are struggling with marijuana dependence or addiction, help is available. You don’t have to let marijuana control your life.

Marijuana (also known as weed, pot, herb, chronic, hash, ganja, skunk, grass, or green) is derived from cannabis, a plant with mind-altering properties. Ingesting marijuana causes the brain to release dopamine, a chemical that makes you feel relaxed. It also makes users more sensitive to sight, sound and other senses.

One reason marijuana is so effective for immediate stress relief is that it contains tetrahydrocannabinol, or THC. THC affects the parts of the brain that control pleasure, memory, concentration and perception of time. Research is mixed on the dangers and benefits of THC, but one certain fact is that the marijuana grown today contains far more THC than it did in decades past. In other words, today’s weed is much more potent – and more addictive – than it has ever been.

Though marijuana is legal in most states for medicinal use and in a handful of states for recreational use, it can still be abused. In fact, it’s the most common illicit drug in the US, with daily marijuana use at its highest rate in decades.

How Young Adults Use Marijuana

Young adults use pot for a variety of reasons, including the following:

Marijuana use is popular enough that an entire subculture has grown up around it. T-shirts, posters, music and films often glorify weed, making it trendy among young people. People who use marijuana typically ingest it in one of the following ways: 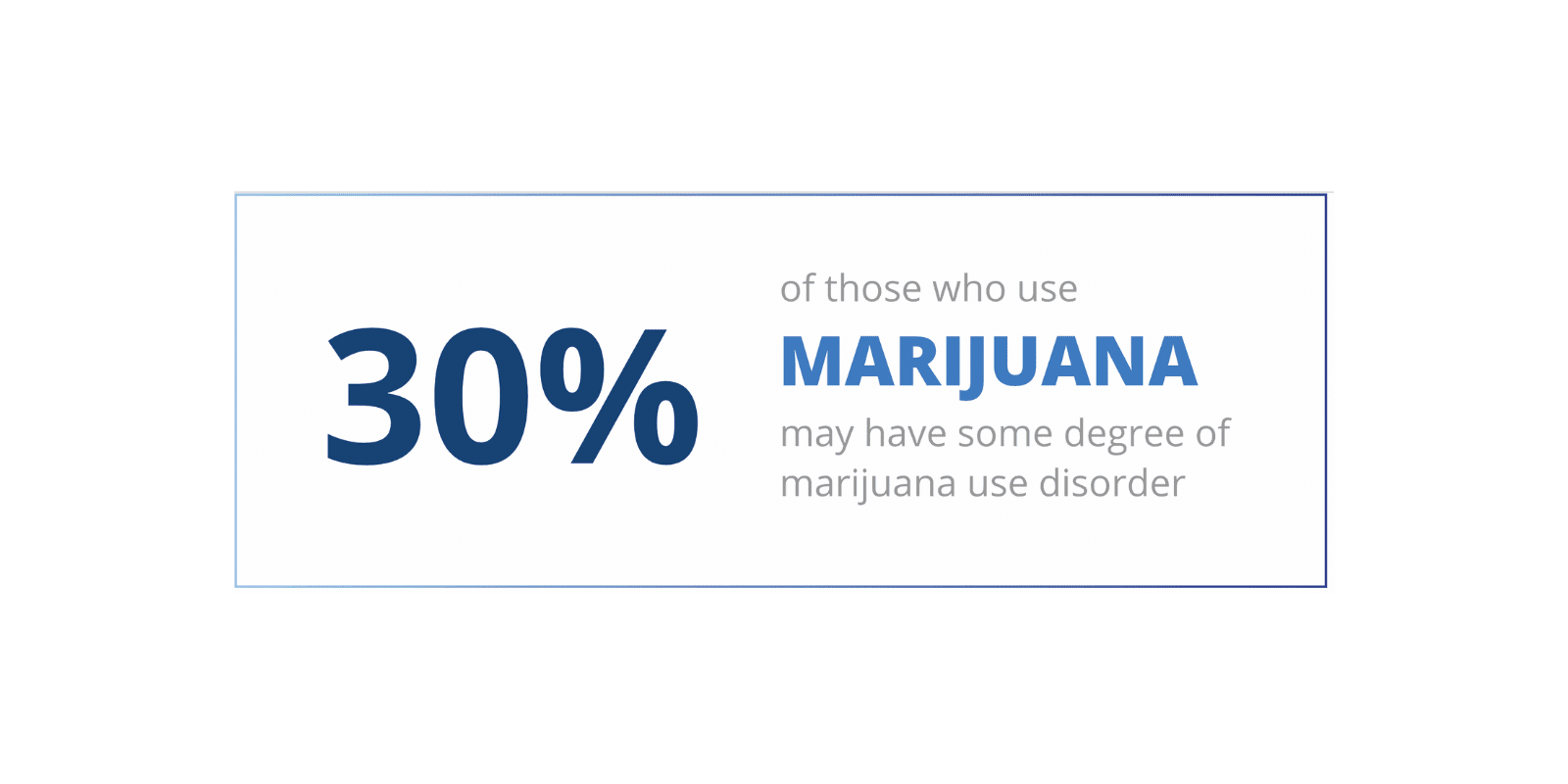 What Does Marijuana Legalization Mean for Young Adults?

Studies have shown that people’s views on the acceptability of drug and alcohol use are formed by the time they reach young adulthood. And because beliefs about substance use are the strongest single predictor of drug consumption, how those views are shaped has very important implications for young people.

Exactly what legalization means for marijuana use among young adults is a topic of widespread debate: many people fear that a permissive stance on pot can send the wrong message. While there’s no definitive research that shows a clear correlation between cannabis decriminalization and lowered perceptions of risk, research does show that people are generally becoming more accepting of marijuana use over time.

According to the NIDA, almost 70 percent of high school seniors do not view regular marijuana smoking as harmful and 44 percent report that they’ve smoked marijuana at some point in their lives. This trend shows no sign of slowing. Young adults are using marijuana more than they have in the past 20 years; almost 8 percent of young adults admit to smoking marijuana on a daily basis.

Short- and Long-Term Risks of Cannabis Use

Because the use of marijuana may involve short- and long-term dangers, it’s important to know its risks. When someone uses marijuana, its effects can take place quickly – in just a few moments – or they can take up to an hour or so to begin, depending on the way it’s taken. The drug’s short-term effects include bloodshot eyes, a lack of coordination, increased heart rate and dry mouth.

Marijuana has been linked to long-term health issues. Depending on the method of ingestion and the amount and frequency of the drug use, it can cause damage to the brain and lungs, anxiety, depression and other problems. Studies also show that a significant number of marijuana users have developed marijuana dependence – meaning that if they try to stop using it, they experience withdrawal symptoms such as irritability, anxiety, anger, sleeping problems, eating problems and depression. Another risk of marijuana is that it sometimes leads to the use of other, more harmful drugs.

Though marijuana has a rather innocuous image, the truth is that regular use impacts you far more than you may think – and the numerous benefits of abstaining from it become clear after you quit. For example, many people report feeling more creative after stopping marijuana use, whereas they previously believed it was helping them garner inspiration. Here are just some of the other advantages of quitting cannabis:

A relationship has been shown between long-term cannabis use and the development of mental health disorders like anxiety, depression and schizophrenia (which most often develops in late adolescence or young adulthood). There is also a known link between regular marijuana use and increased rates of anxiety and depression among young people. These rates of mental illness seem to be affected by when people start, and how often they use marijuana. For example, teens who start using before the age of 15 and continue into young adulthood are more likely to suffer from anxiety and depression later in life.

This is due in part to the way long-term marijuana use reduces dopamine levels in the brain, a condition that can lead to depression, irritability and lethargy. Young adult brains are kept in good shape by a balance of naturally produced chemicals – when that’s disrupted, as it is with the regular introduction of THC, mental health concerns are likelier to arise. So while marijuana is largely seen as harmless, the reality is that has pronounced, complex, adverse effects on young people’s delicate brain chemistry.

Does Weed Make You Less Productive?

Those lowered dopamine levels can also contribute to a loss of motivation, which is why marijuana use carries with it a stereotype of fostering laziness and lack of ambition. And because its effects on your ability to pay attention, absorb information and remember things can last well after the high is gone, if you smoke regularly, you may actually be going through life with your intellect in a perpetually impaired state. According to a study by the NIDA, “When asked how marijuana affected their cognitive abilities, career achievements, social lives, and physical and mental health, the majority of those who used heavily reported that marijuana had negative effects in all these areas of their lives.” Signs and Symptoms of Cannabis Dependence

Because of the pleasurable effects of marijuana, many users find themselves craving and using larger amounts of it in order to experience its effects more intensely. This cycle can lead to major problems with your health, relationships and ability to function in life. If you’re noticing any of the following patterns resulting from marijuana usage, it may be time to consider getting help to quit:

What to do if You Can’t Stop Smoking Marijuana

If you feel like pot use has taken over your life, or want to stop smoking but can’t, it can be hard to know what to do. If you want to be free from dependence on marijuana, Sandstone Care can help. We offer professional treatment and personal development coaching in a safe space where you’ll feel totally accepted.