← Back to Blog
Teens

The Queens Gambit: A Testament to High-Functioning Addiction

Netflix recently released a limited series based on the 1983 book, “The Queen’s Gambit,” written by Walter Tevis. When the show with the same name came out in late October of 2020, it became one of the most-watched limited series on Netflix to date. The show takes viewers through the life of main character Beth Harmon, from orphan to child prodigy and world-renowned chess player. While the main plot focuses on Beth’s unique rise to fame, it is hard to miss her underlying struggle with substance use and childhood trauma. In addition to being entertaining, The Queen’s Gambit can help viewers understand the concept of high-functioning addiction, how to recognize it, and the possible causes.

The Timeline of Beth’s Substance Abuse

When Beth Harmon’s mother passes away tragically and she moves into an orphanage, she discovers at a young age the effects of tranquilizers or Benzodiazepines. Though we now know the dangers of this medication, it was prescribed generously throughout the 1950-1960’s (when the show takes place) as a way to keep people calm. The story goes that Beth’s orphanage gives each child a green “vitamin” (tranquilizer) every day to keep them well behaved. Early on, a friend tells Beth to hold on to hers and take it before bed, as it makes the children groggy during the day. This advice comes around the same time as Beth Harmon discovers the game of chess, when she sees the janitor at the orphanage playing by himself and befriends him. She quickly realizes that not only do the “green pills” make her feel good at nighttime, but they allow her to enter an almost meditative state in which she can visualize a chess board with moving pieces on the ceiling above her bed.

Chess gives Beth a pastime more than anything in the beginning. She reaches an obsession with the game quickly, asking Mr. Shaibel (the janitor) to teach her new moves daily and explain every move he makes when they challenge each other. While the audience watches the young girl become increasingly good at chess in the basement of the orphanage, we also see her addiction to the green “vitamins” grow. Beth starts to hide the pills in her toothbrush cup for a few days before taking what seems like 3-5 pills before bedtime. Presumably, she does this because her body has built a tolerance to the small dosage given to the children each day. Now Beth must take more pills to get the feeling she originally got from just one. To make matters worse, around this time we are informed that due to state laws, the orphanage can no longer supply the tranquilizers to the children.

Beth’s only friend in the orphanage named Jolene puts it nicely after the green vitamins are banned – “There’s going to be some jumpy orphans around here the next few days.” And she is right, starting with Beth Harmon herself. The next day, Beth is supposed to play in a “simultaneous” chess game at the local high school, meaning she will play 12 games of chess at the same time with 12 different people. She is visibly nervous when she realizes she has no more medication, and this is the real moment it’s clear that she thinks she needs the pills to play chess well. In the end, Jolene saves the day by slipping her some green vitamins before she leaves for the high school. Beth impresses the chess club as well as many other high school students during the exhibition, and her dependence on the medication continues on.

The last scene we see about Beth and her addiction to the tranquilizers is filled with desperation and clear signs of substance use disorder. Beth plans out a time to sneak into the medication window at the orphanage, where she’s wishfully watched the banned green vitamins sit for weeks. When the rest of the house is watching a movie, she puts her plan into action and ends up breaking into the room with the pills, putting a handful in her mouth, then deciding she wants to take the whole jar. Beth gets caught climbing back out and everyone watches as she drops the glass container of pills on the ground, then faints from their effects. We learn in the following episode that after this, she is forbidden to play chess with Mr. Shaibel.

Adopted and Living with Alma

The next time we see Beth Harmon, she is being adopted by Mr. and Mrs. Wheatley. Mr. Wheatley very quickly leaves the picture after Beth moves in with the couple, leaving Alma Wheatley to take care of the now-teenager. Alma has her own substance use issues, and this brings back Beth’s addiction in a few ways. It is revealed that in addition to alcoholism, new adoptive mother Mrs. Wheatley is also prescribed the same green tranquilizer pills Beth used to take at the orphanage. Once Beth discovers this, it is implied that she begins to take some pills when she picks up Alma’s prescription. At the same time, Beth is getting into and winning more chess tournaments, furthering her story as a child prodigy. Once Alma realizes these tournaments lead to rather extravagant trips and large sums of prize money, she becomes invested in Beth’s hobby. She begins to accompany her to chess tournaments with Beth’s winnings paying the hotel and large alcohol bills. Nevertheless, at this time it seems Beth and Alma grow closer together and build a comradery they hadn’t mastered until now. This emotional realization is shown visibly when Alma permits Beth to drink alcohol on their trips together, though it’s understood that she is underage.

With alcohol now introduced into Beth’s consumption habits, we immediately see her exhibit similar actions out of desperation as she did with the green vitamins. When she’s invited to a party by a girl at school, she ends up leaving early. On her way out, we see Beth spot alcohol in the girl’s house and take a bottle while the girl’s father watches television nearby. She drinks the alcohol when she gets home and takes a few tranquilizers before laying down and playing chess in her mind (on her ceiling). In this scene, it becomes clear to the viewer that the lines are blurred for Beth between chess and her normal life, and between drug-induced genius and addiction.

Substance use disorder can be very isolating, as is the case for Beth Harmon as a young adult. As close as she got with Alma, Beth saw her break down many times both mentally and physically due to her alcohol and opioid use. Still, Beth does not disclose her own substance use struggles with what becomes her closest comrade. By the time Alma dies from Hepatitis, Beth is drinking at an alarming rate but still performing well in chess tournaments. Beth’s friends step in at different times to make her see the path she’s going down. One in particular asks her to stop drinking, and it seems to work for a while. But just as she had gotten clean before (willingly or not), Beth Harmon always finds her way back to her addiction and the role she believes it plays in her chess ability.

It is clear at this point in the series that Beth Harmon has two relationships in her life: her addiction and her talent. Her talent with chess confirms that the addiction has not gone too far, because she can function and be successful while on alcohol and medication. At the same time, Beth truly believes she cannot succeed at chess without being under the influence of tranquilizers and/or alcohol. The series ends when both relationships reach their peak, as Beth plays in the Moscow International with all of her friends in support and without any substance to “assist” her. In this scene, Beth realizes that she did not need the drugs and alcohol to win at chess. This is shown as we see her look up at the ceiling and plan her next move, exactly as she’s done for years now while on tranquilizers. Beth ends up beating her opponent that day, and starting the journey to recovery. 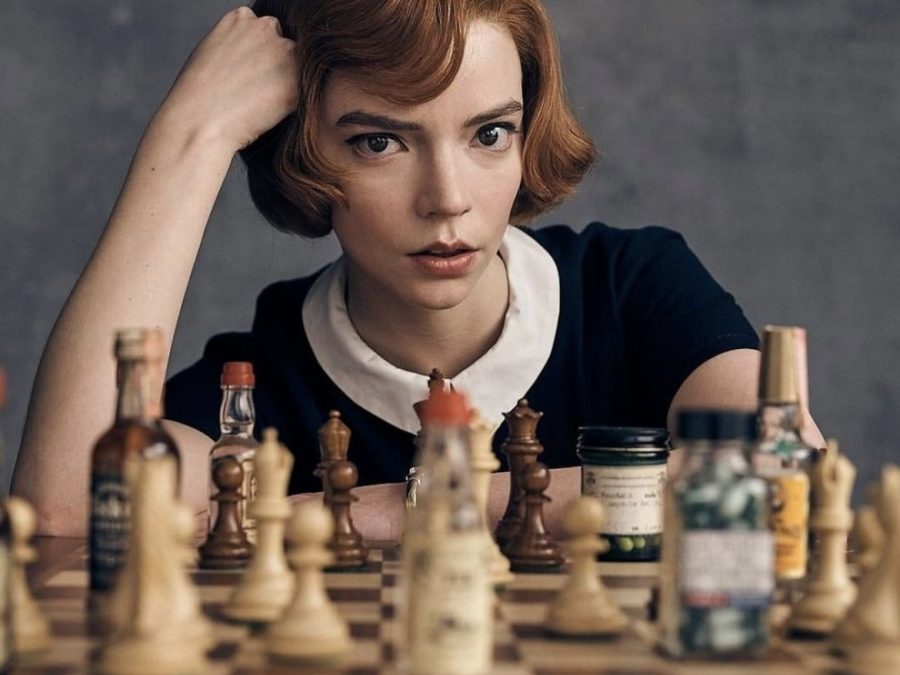 How is The Queen’s Gambit an Example of High-Functioning Addiction?

High-functioning addicts are typically very intelligent and driven people who struggle with substance abuse but do not fit the “addict” stereotype. The reality is that addiction can have many faces, from the homeless meth addict to the VP who quietly downs several drinks a night. High-functioning addicts can be hard to spot and may be able to sustain an apparently “normal” life for years. They can maintain grades in school, achieve goals in their careers, and in Beth Harmon’s case, perform at the highest level in their craft without showing signs of substance use.

Unfortunately, also shown in The Queen’s Gambit, high-functioning addicts eventually reach a breaking point where their substance use becomes too much to balance. Beth is shown at her house drinking by herself for days, losing track of the day and time. She skips a chess tournament she was supposed to play in – something she would never usually do. It becomes clear that the once child prodigy has lost herself in the midst of her substance use, and she needs help to get back on track. Luckily, Beth’s friend Jolene shows up to her house and offers the support she needs to prepare for (and win) the Moscow Invitational chess tournament.

People struggling with high-functioning addiction can learn to redirect the same drive that fuels their substance use towards their recovery process. Once a high-functioning addict can commit to the recovery process, they do very well in treatment. Sandstone Care offers a continuum of care that is designed for people who are ready to make lasting changes in their life. We provide support for the whole family as well as vocational training. We design our programming to accompany school and job schedules so that our clients can build treatment into their life.

Sandstone Care has locations in Colorado, Virginia, and Maryland. If you or someone you know is struggling with substance abuse and mental health and would benefit from our state-of-the-art treatment services, Sandstone Care can help. Please do not hesitate to reach out to our admissions team 7 days a week at (888) 850-1890.