Skip to Main Content
Substance Use Treatment For Teens

Alcohol addiction, also known as an alcohol use disorder, refers to the inability to control drinking despite negative consequences. What is alcohol addiction in teens?

Alcohol addiction, also known as an alcohol use disorder, refers to the inability to control drinking despite negative consequences. Alcohol is the most commonly used substance among teenagers. Additionally, most young people who report drinking alcohol report binge drinking.

Binge drinking is a common and dangerous pattern of excessive alcohol use in the United States. Although, not everyone who binge drinks has an alcohol use disorder.

A severe alcohol use disorder involves an inability to control drinking, continuing to drink despite the negative impact it has on personal or professional life, needing to drink more to feel the effects, and wanting to drink so bad that you can’t think of anything else.

What are the side effects of alcohol consumption in teens?

Side effects of alcohol consumption in teens

Long-term health effects of excessive alcohol use in teens How does alcohol affect the brain of a teenager?

Alcohol has both short-term and long-term effects on the brain. Alcohol interferes with communication in the brain and can change how it works. It can impact the parts of the brain that are responsible for balance, memory, speech, and judgment.

Long-term drinking can alter the brain and reduce the size of neurons and cause lifetime damage.

Alcohol misuse may also lead to alcohol-induced blackouts. Blackouts are gaps in an individual’s memory that occur when someone is intoxicated.

Blackouts happen because the person drinks enough alcohol to temporarily block the transfer of memories, which occurs in an area of the brain called the hippocampus.

The developing brain also makes teens and young adults more vulnerable to becoming addicted to alcohol and other substances.

An alcohol overdose can occur when there is too much alcohol in the bloodstream and areas in the brain that support important functions shut down.

Symptoms of an alcohol overdose

Get help for teen alcohol use today.

Take the first step on the path to rehabilitation and recovery. We’re available 24/7. 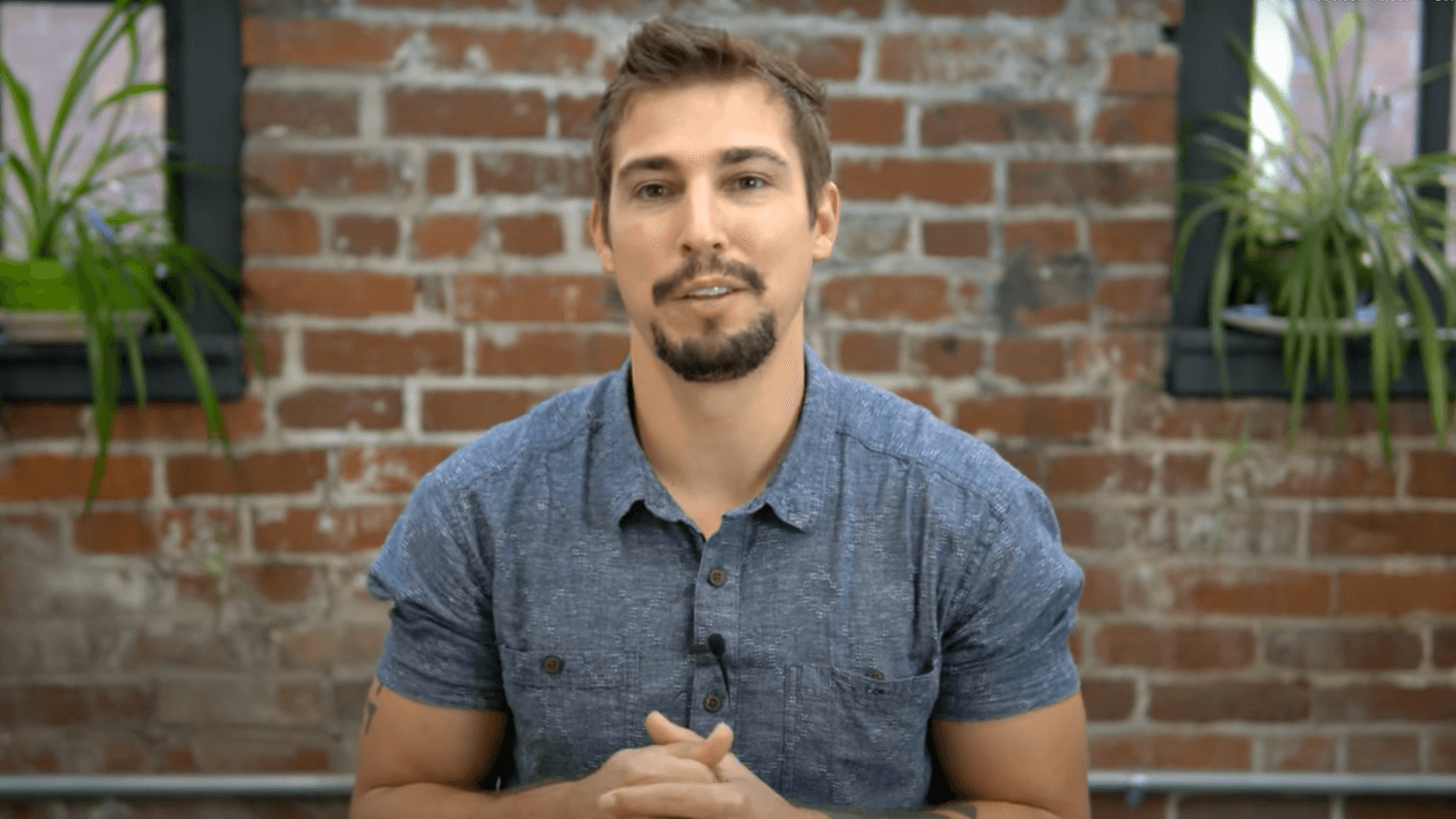 Alcohol use as a coping mechanism?

The Symptoms of Alcohol Addiction in Teens How does alcohol affect mental health in teens?

Alcohol use can alter the brain chemicals and hormonal systems involved in developing many mental disorders such as mood and anxiety disorders.

If someone has existing mental health illnesses, such as depression or anxiety, alcohol can worsen the symptoms. Additionally, if a teen has an alcohol addiction, they may experience negative emotions when not drinking.

We help teens learn a healthy way to handle the daily challenges of their lives. We provide an intimate serene environment with smaller group sizes and a focus on strengthening the family unit. We provide robust academic support by certified teachers to ensure clients stay up to date on their coursework.

Our Teen Day Treatment Program, also known as Partial Hospitalization Program (PHP), is a highly structured level of care for teens that offers five days of robust programming a week.

Our two distinct mental health and substance use tracks help teens to stabilize, begin to understand their mental health and/or addiction struggles, and heal from them. We strive to help our clients become more like the person they want to be, without using negative coping strategies or substances to get there.

Virtual IOP offers the same programming as in-person IOP, except it’s all online. This is ideal for those who live too far to drive in, have transportation issues, or have health concerns that make in-person treatment challenging.

What are the signs that a teen has become dependent on alcohol and needs addiction treatment?

Warning signs that a teen has an alcohol dependency and needs addiction treatment may include:

Loss of interest in things they used to enjoy

Tried to stop drinking but couldn’t

Has strong cravings for alcohol

What is teen alcohol addiction treatment?

Teen alcohol addiction treatment aims to change behaviors and thought processes to stop drinking. At Sandstone Care, an individualized treatment plan is unique to each teen based on biological, social, psychological, and environmental factors.

It is understood that the causes and circumstances that come along with alcohol are different for each teen, making the treatment approach different for each person. Treatment plans continuously change and adapt to progress and challenges.

What are the different kinds of teen alcohol addiction treatments?

What is the most effective teen treatment for alcohol dependence?

The effectiveness of teen treatment for alcohol dependence depends on the individual. We deliver evidence-based therapy treatment for teens in a number of areas. We’re available 24/7 to answer any questions.

The twelve-step approach also includes referral to Alcoholics Anonymous as part of their therapy.

Some research suggests that the twelve-step approach can improve treatment outcomes for teens.

CBT focuses on an individual’s thoughts and behaviors.

This form of therapy has been effective in treating mental health disorders and substance abuse disorders.

CBT can be beneficial for teens with an alcohol addiction because it can help to recognize and change unhealthy behaviors or habits.

As teens’ brains develop, it affects their emotion regulation and decision-making.

CBT can help teens learn healthy coping mechanisms and how to recognize situations that may put them at risk for alcohol use or temptation.

Family involvement is an integral part of treatment for depression in teens and young adults. When one person struggles with mental health issues or a substance use disorder, the whole family is affected.

Through family therapy, each individual can share their feelings and experiences. The whole family can talk about how they’ve been affected. Family therapy can provide a safe space to communicate and work through problems.

Family therapy can also provide young adults and their families with healthy problem-solving skills and coping mechanisms to support and understand one another.

How is addiction treatment designed for teens?

One factor is the challenge of diagnosing and treating alcohol use disorders because of the social acceptability of binge drinking among young people. Sandstone Care’s substance abuse treatment provides a welcoming and understanding environment.

Sandstone Care highlights the importance of involving the family and teens in the treatment process. Addiction affects the whole family, and treatment is most successful if the family is involved throughout treatment and recovery.

The treatment program also provides support for both school and work. Helping teens succeed in school and their personal lives help in the treatment of alcohol addiction and developing an identity outside of drinking.

A strong emphasis is placed on having a stable support system and healthy peer culture. How do you talk to a teenager about going to treatment?

Talking to teens about receiving treatment for alcohol addiction may feel difficult. It can also be hard for teens to understand that they need help because of how common it is among both adults and young people.

When talking to a teenager about alcohol addiction and treatment, it is important to stay calm and be open. If you are judgmental and aggressive, it can worsen the situation and discourage teens to reach out for help.

Educating yourself on the effects of alcohol can help you and your teenager understands why it is so important to get help and the best way to do it.

FAQs about teen alcohol use

Assessment is the first step in determining what treatment is best for each teen.

Often, a combination of therapies provides the most effective treatment for alcoholism in teens.

The most common forms of treatment are individual therapy, group therapy, and family therapy.

Psychiatrists can perform diagnostic assessments to determine what course of treatment is best for the individual.

Psychiatrists can diagnose and also prescribe medications if needed for addiction treatment.

CBT is a form of psychotherapy or talk therapy. Talk therapy is effective and commonly used for teens because it can help them identify and change troubling thoughts and behaviors.

These treatments are available in both inpatient and outpatient settings.

Aversion therapy can help develop resistance toward behaviors or habits that they want to stop.

Examples of unpleasant stimuli used with aversion therapy can be unpleasant tastes or smells, snapping rubber bands, or pinching the skin.

Parents can help by educating themselves and their teens on the dangers of alcohol use.

Reaching out for professional help is essential for teens who have an alcohol addiction before it gets worse.

Providing support for your teen is also an integral part of the treatment process. A strong support network can help maintain sobriety and prevent relapse.

Parents can also set a good example by drinking responsibly or abstaining from drinking. Often, it could be challenging for teens to understand they need help because drinking is so normalized and common among the people around them.

Being present in your teen’s life, communicating with them, and knowing who they are hanging out with can help parents understand better what is going on in their lives.

Parents can also encourage their teens to engage in healthy activities and spend family time doing those things together. Sometimes teens begin drinking out of boredom or develop a sense of self that is centered around drinking.

While partaking in healthy activities such as sports, going outside, or creating art, teens can discover a new identity that doesn’t involve drinking.

Spending quality family time together and communicating with your teen also shows that you care and that you are there to help them when they need you.

Underage drinking can lead to many physical and mental health problems.

Drinking too much alcohol can become dangerous, especially for teens. It can lead teens to engage in risky behavior and cause accidents or injuries.

According to the NIH, alcohol abuse is also a significant factor in the deaths of people under the age of 21 in the United States. This could be from driving under the influence, alcohol overdose, accidental falls, or suicide.

For those with existing mental health issues, alcohol can worsen their symptoms.

Drinking too much alcohol as a teenager also increases the risk of developing an alcohol use disorder and leads to other problems in school or with the law.

Excessive drinking as a teenager may also lead to permanent damage to the brain.

Talking to teens about drinking alcohol can be a difficult and uncomfortable subject to discuss.

Sometimes, teenagers may try to avoid the conversation or normalize it because they don’t see it as a problem.

When addressing a teenager about alcohol and why they should stop, be calm and clear. Communicate expectations and consequences, and enforce the rules you set for them.

Educate them and yourself on the facts regarding alcohol and how it can negatively impact their lives and well-being.

If you think your teen is addicted to alcohol, you can contact their healthcare provider and reach out for professional help.

Alcohol withdrawal can happen to teens who engage in heavy drinking or have developed an alcohol addiction and suddenly decrease their intake or stop drinking.

Withdrawal can also occur when teens mix alcohol with other substances.

Some signs and symptoms of alcohol withdrawal in a teenager can include:

Let’s take the next steps together.

We understand taking the first step is difficult.

There is no shame or guilt in asking for help or more information. We are here to support you in any way we can.

Call us 24/7 for helpVerify insurance